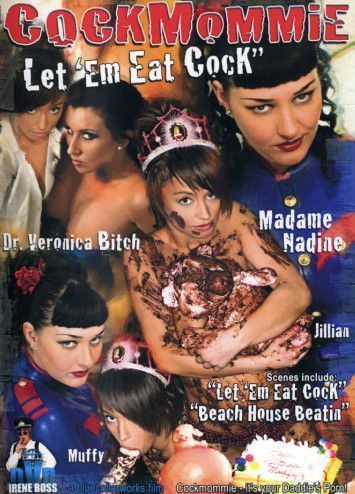 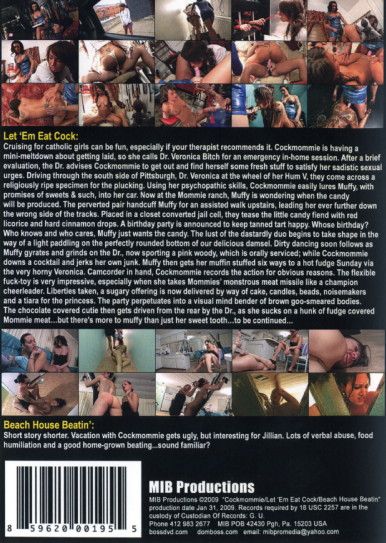 Cruising for catholic girls can be fun, especially if your therapist recommends it. Cockmommie is having a mini-meltdown about getting laid, so she calls Dr. Veronica Bitch for an emergency in-home session. After a brief evaluation, the Dr. advises Cockmommie to get out and find herself some fresh stuff to satisfy her sadistic sexual urges. Driving through the south side of Pittsburgh, Dr. Veronica at the wheel of her Hum V, they come across a religiously ripe specimen for the plucking. Using her psychopathic skills, Cockmommie easily lures Muffy, with promises of sweets & such, into her car. Now at the Mommie ranch, Muffy is wondering when the candy will be produced. The perverted pair handcuffs Muffy for an assisted walk upstairs, leading her ever further down the wrong side of the tracks. Placed in a closet converted jail cell, they tease the little candy fiend with red licorice and hard cinnamon drops. A birthday party is announced to keep tanned tart happy. Whose birthday? Who knows and who cares, Muffy just wants the candy.

Camcorder in hand, Cockmommie records the action for obvious reasons. The flexible fuck-toy is very impressive, especially when she takes Mommies' monstrous meat missile like a champion cheerleader. Liberties taken, a sugary offering is now delivered by way of cake, candles, beads, noisemakers and a tiara for the princess. The party perpetuates into a visual mind bender of brown goo-smeared bodies. The chocolate covered cutie then gets driven from the rear by the Dr., as she sucks on a hunk of fudge covered Mommie meat... but there's more to muffy than just her sweet tooth. 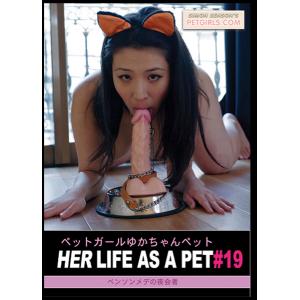 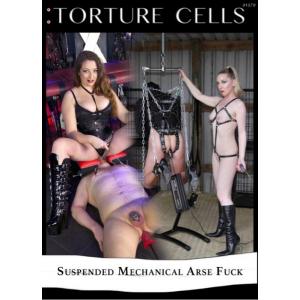 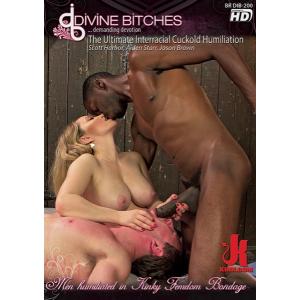 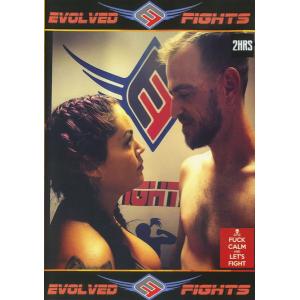